Fourteen year-old Leon Andrews won the grand prize in the 2015 Alu D&T Challenge: a visit to Germany to see aluminium production at first hand, including the world’s largest remelt and rolling mill.  In June Leon, his mum Janet and his D&T teacher Gisela Daemi Rashidi travelled from Cornwall to Dusseldorf as guests of Hydro Aluminium Rolled Products.  Alupro Marketing & Communication Manager Diana Caldwell joined them for what was a field trip with a difference.

Leon’s design for a protective aluminium carry case for a ukulele stood out right from the start of the judging process.  It answered the brief perfectly – to rethink an existing package using aluminium and paying close attention to sustainability. The judges could see it going into production almost immediately!  Leon deservedly won the packaging category and his design was voted by the judges to be the very best of   2015 Alu D&T Challenge.

In addition to a 3D printer for his school and £100 in vouchers for himself, Leon won the prize arranged by Hydro Aluminium of a trip to Germany’s industrial heartland to see aluminium production up close.  Accompanied by Hydro’s UK Sales Director Nigel Gibbon we spent two days in Germany; visiting two of the company’s manufacturing plants near Dusseldorf, followed by a day of sightseeing in Cologne.

The day with Hydro gave us insight into the life-cycle of aluminium.  We started at AluNorf, in Neuss, which is the world´s largest plant for rolling and remelting of aluminium. Here furnaces and mills melt aluminium scrap to form  60 cm thick slabs of metal: 24 hours a day, 365 days a year.  These ingots are then hot rolled to sheets between 2-5 mm thick.  We watched mesmerised as a huge slab was rolled into a thin sheet in a matter of minutes, and then wound into a coil ready to be transformed into products we take for granted in our daily lives.  Except that having seen the production process up close we all agreed that, having seen the effort that goes into the manufacturing the metal we never will take them for granted again! 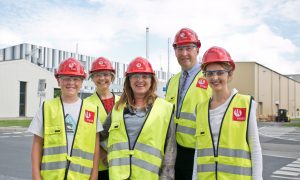 The second plant we visited was in the nearby town of Grevenbroich.  Here the huge aluminium coils are cold rolled to the requirements of different customers including the printing and packaging industries.  We saw at first hand the cold rolling process, where coils are precision rolled to produce sheet used to produce offset printing plates.  We learned that every third newspaper worldwide is printed using lithographic plate rolled at Grevenbroich.

In the foil packaging plant we learnt about the use of aluminium sheet in different forms of packaging, including the manufacture of beverage cans and foil containers, and saw rolling of ultra-thin foil which keeps juice or UHT milk fresh for months in compound carton packages.

The final part of the site visit was a tour of a new plant which will be the world´s most modern line producing aluminium car body strip , in when it starts production in the autumn.

The opportunity to see the recycling and production process in such detail is an opportunity not many of us have, and for Leon – who is starting his GCSE courses – it provided a real insight into the many different careers that might lie ahead.    Welcoming us to Grevenbroich, plant manager Christoph Budde congratulated Leon for his enquiring mind and  the creativity which had enabled him to rethink an existing product in a new, more sustainable way.  “For businesses like Hydro it is vital that we discover and nurture this kind of talent to keep our business at the forefront of manufacturing.  We need to have smart young people like you here as future engineers,” he told Leon. 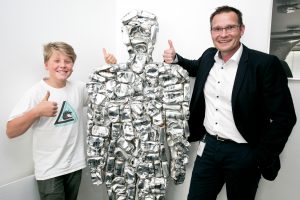 I cannot thank Hydro enough for the generous offer of this prize for the Alu D&T Challenge 2015.  It was obvious that he and Ms Rashidi were amazed and inspired what they saw and learned at AluNorf and Grevenbroich.   Everyone we met during the two day visit was so kind, welcoming and enthusiastic. I’m sure the experience will inspire Leon towards his future career, and  Ms Rashidi’s pupils will benefit from what she learned about this industry for many years to come.

Look out for more reports on the Germany trip from Leon and Ms Rashidi – coming soon! 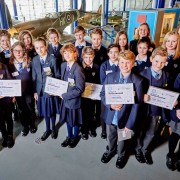 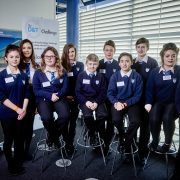 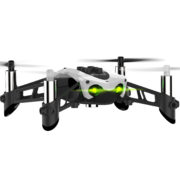 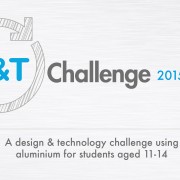 Announcing the winners of the Alu D&T Challenge 2015

What the judges are looking for

Want to join the discussion?
Feel free to contribute! 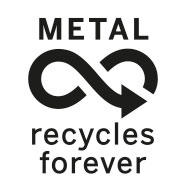 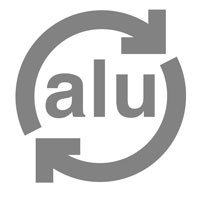